My Faith Is My Compass

Guiding Me Through The Journey Of Life

Sign up to get daily devotionals delivered right to your inbox!

Follow Us to stay updated on News and Events

We are spiritual seekers working to grow in our love of God, deepening our connection to each other and sharing with the world our passion for justice and peace.

As God’s grace is present in all creation, our welcome is extended to all spiritual seekers – people of all racial and ethnic backgrounds, all generations, all physical and mental abilities, all economic conditions, all gender identities, all sexual orientations – celebrating the diversity of our faith journeys.  We affirm the faith, baptism and spiritual gifts of all and invite you to bless this church with your presence and service. 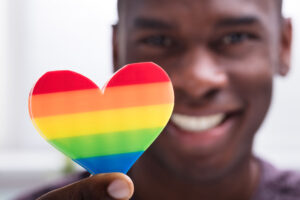 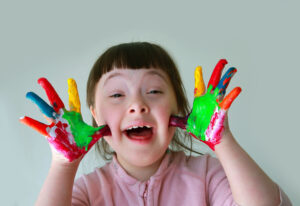 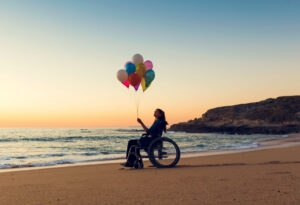 Here’s a little about us…

The Christian Church (Disciples of Christ) was founded in the early 1800’s in the United States. Seeking to move beyond denominational disagreements, the founders envisioned a united church of Jesus Christ modeled after the New Testament. For a more detailed history please see the Christian Church (Disciples of Christ) in the United States and Canada

DISCIPLES OF CHRIST STATEMENT OF INTENT:

“We are Disciples of Christ, a movement for wholeness in a fragmented world. As a part of the one Body of Christ we welcome all to the Lord’s Table as God has welcomed us.”

The chalice symbolizes the central place of communion in worship for the Christian Church (Disciples of Christ). The X-shaped cross of the disciple Andrew is a reminder of the ministry of each person and the importance of evangelism.

What Do Disciples Believe?

We are spiritual seekers working to grow in our love of God, deepening our connection to each other and sharing with the world our passion for justice and peace.

BELIEFS AND PRACTICES ASSOCIATED WITH COVENANT CHRISTIAN (DISCIPLES OF CHRIST) INCLUDE:

Beginning on January 1, 1965 approximately thirty core families met in the home of the Reverend Don Manwarren and his wife Elaine  for Christian fellowship and to plan a new  faith community for the Des Moines area, focusing on the growing area of Urbandale.

On Pentecost Sunday, June 6, 1965, Covenant Christian Church was formally chartered. The congregation met at the ice arena for the next two years, gathering for weekly worship in the Peppermint Lounge amidst earthy smells of beer and recreation.

On April 16, 1967, the congregation participated in a groundbreaking ceremony and construction began on at the current location. The first service in the building was held March 24, 1968. It began with a procession from the Ice Arena.

In 2005, in celebrations of Covenant’s 40th anniversary, the congregation began worship at the Ice Arena and processed up the hill to the current sanctuary for a communion service.

In 2015 we celebrated our 50th anniversary with a special visit from our founding pastor, Don Manworren.  In a weekend of celebration, he and other pastors from our past called us to remember who we are.

To this day, we continue to search for ways to be God’s earthy people in the world, believing that the world needs more “salty Christians.”

“We have no creed but Christ, no book but the Bible, no law but love, no name but the Divine.” Early Stone-Campbell slogan

“In essentials, unity; in non-essentials, liberty; in all things, charity.” Early Christian slogan attributed to various sources, including Rupertus Meldensius and adopted by Stone-Campbell churches

“But who is a Christian? I answer, everyone that believes in one’s heart that Jesus of Nazareth is the Messiah, the Son of God; repents on ones (originally his) sins and obeys him in all things according to one’s (originally his) measure of knowledge of his will.” Alexander Campbell, The Lunenburg Letter, September 1857.

We are committed to openly welcoming and affirming persons of all gender expressions and sexual orientations.

The rainbow chalice showcases our commitment that we will not condemn individuals based on race, color, religion, gender, national origin, age, disability, sexual orientation, gender expression, or any other characteristic protected by law.

The Christian Church (Disciples of Christ) is a movement for wholeness in a fragmented world. Out of our call to “do justice” (Micah 6:8), we strive to demonstrate the fullness of God’s shalom through living out our faith by caring for God’s creation. In keeping with this demonstration, a resolution concerning carbon neutrality was passed at the 2017 General Assembly, in which the Christian Church (DOC) committed to reducing our carbon pollution with the goal to become carbon neutral by the year 2030 and climate positive by 2035. From Hawaii and Washington to Ontario and Florida, and everywhere in between, Disciples congregations are caring for creation in unique and inspiring ways.

Our mission is to connect Christian faith, spiritual practice and creation consciousness in order to demonstrate the fullness of God’s shalom. 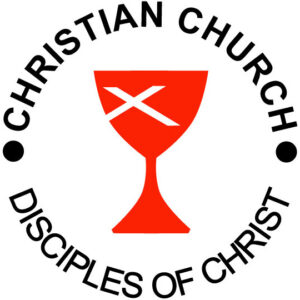 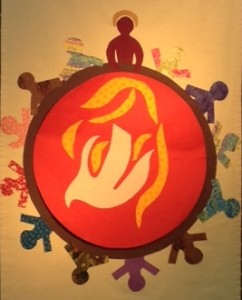 We are continuously striving to BE GREEN 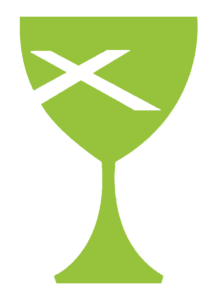 What time is worship?

Children’s Sunday School – about 10:15 (Following the time with the young, children are dismissed to Sunday School for the remainder of worship).

What can I expect when I arrive?

When you arrive on for worship, you can be expected to be greeted by members and friends of the church. You may sit wherever you are most comfortable. Don’t worry, we don’t make visitors stand up and introduce themselves. Occasionally worship may include “passing the peace” or taking time to greet each other.

During worship there will singing, praying, scripture, time with the children, a message, and communion. Communion is open to everyone.

Music at Covenant varies from more traditional hymns, to contemporary songs, and music from around the world.  The organ, piano, electric piano, and acoustic guitar are used. Members are encouraged to share their talents.

Is there a nursery for my children?

Yes. We have a beautiful nursery staffed by screened volunteers.

The nursery is for ages 6 and under, and other children are encouraged to worship with their family.

Are there other activities for children?

Are there activities for Youth?

Yes! For our older youth, we’ve offered opportunities to serve on our Church Board, be part of the Pastoral Relations Committee, participate in our adult choir, and serve in our worship services.

How do I find the church?

Covenant is located at 2700 72nd St, in Urbandale, IA between Hickman Road and Douglas Avenue. We are just up the hill from the DM Buccaneer Arena.

Click Here for a Map View of our Location

Where do I park my car?

Our parking lot is on the west side of the building off 72nd St.

What door do I go in?

Is there a dress code?

Please come as you are. We care more about you than what you wear. Wear what makes you comfortable. Jeans are fine, you may see a tie or two, but not many.

Is your church accessible?

You can access the first floor using a ramp at the main entrance to the church. There is also a handicap accessible unisex restroom on the first floor. There is no access by elevator to the lower level, at this time, but the downstairs can be reached by a sloping sidewalk outside.

What if I need transportation to worship or other church events?

If you need transportation call the church office at (515) 276-3781 and a volunteer will pick you up and get you home.

Is Covenant Christian part of a denomination?

Covenant Christian is a congregation within the Christian Church (Disciples of Christ) Denomination in the United States and Canada. For more information about Disciples click the link below.

Can I participate in communion?

We celebrate communion each Sunday. All are welcome at Christ’s table where the walls of human hostility are broken down in God’s uniting love.

When is the church office open?

Generally the church office is open 8:30 a.m. to noon, Tuesday through Friday. From time to time there are exceptions, so you may want to call ahead to (515)-276-3781.  The offices are located on the right as you come in the upstairs door closest to the parking lot.

What can the building be used for?

Covenant’s building is used by the following community organizations:

I write today to introduce myself to you and to share a thought or two regarding my desire to serve alongside you in your ongoing witness in the love of God made known to us in Jesus Christ.
Perhaps some of you remember my wife Mary and me from the not too distant past when we worshiped with you.
In those experiences I have seen your love for one another, your desire to make faith relevant and purposeful within the community, and your determination to explore and venture into new expressions of being church.
I know that you have a deep commitment to welcoming and sustaining grace for all who gather and share in this holy journey, vibrant faith that brings honest and authentic conversations, freedom for all to find a path that brings faith into action, and a spirit that is not defined by the numbers but by the possibilities to which God is calling.
As your pastor I would be honored, challenged and enlivened to be a part of such a ministry. I believe in this community. The world needs Covenant Christian Church and it would be an honor to serve, care, dream and become alongside you.
Grace and Peace,
Loren Strait

“After moving across the country, I was worried where I would find my community. I’m so grateful I found it with Covenant Christian Church. I feel like I’m home.

Helping others in our local and world community is a Covenant Christian priority.

Ten percent of our incoming church receipts are tithed to various outreach priorities.

Most Church members are involved in one or more activities.

Any cookies that may not be particularly necessary for the website to function and is used specifically to collect user personal data via analytics, ads, other embedded contents are termed as non-necessary cookies. It is mandatory to procure user consent prior to running these cookies on your website.